Celebrating the Season of Creation 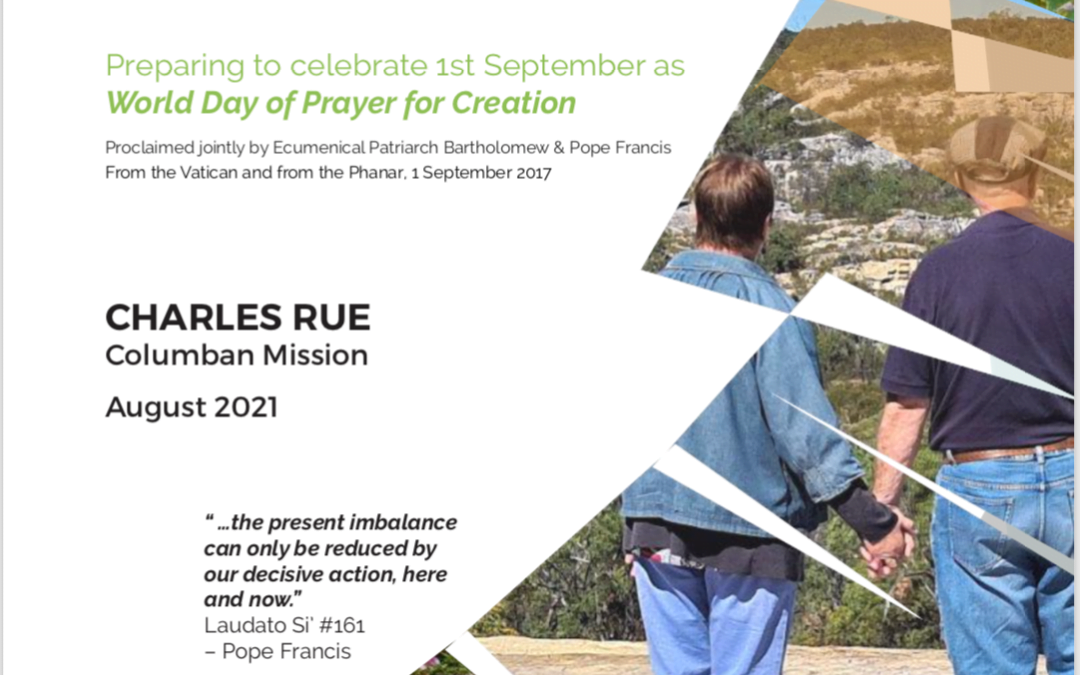 Christians around the world are marking the Season of Creation throughout the whole of September, ending on 4th October with the Feast of St Francis of Assisi. Pope Francis’s landmark encyclical Laudato Si’ and its teachings urge all of us to continue to proactively care for the earth and each other.

Fr Charles Rue has developed a 7 Day Retreat prayer resource based around the Season of Creation. The resource is founded in scripture with thought-provoking reflections and times for prayer.

As we progress to the end of the Season of Creation this prayer could be prayed as a group or by individual.

Fr Charles was raised in Canowindra. A farmer for four years he joined the Columbans and was ordained in 1968. Appointed to South Korea, he worked in parishes but from 1980 taught liturgy in Seoul and Jamaica. Granted a doctorate for his work on the history of the Columbans in Australia, he now writes to help connect faith and the insights of ecology.